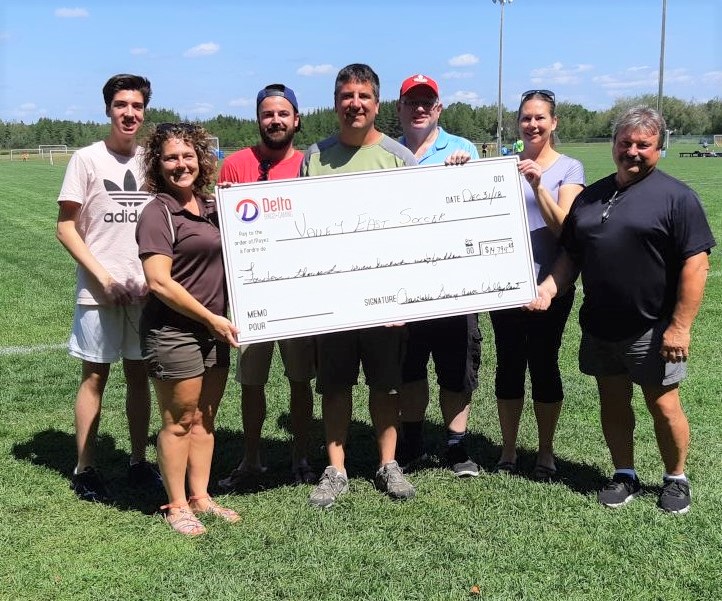 “This past year the Valley East Soccer Club (VESC) celebrated its 42nd season and had more than 950 registered players from U3 to U18. We remaining Sudbury’s largest soccer club.

Year over year the support from Delta Gaming has allowed the VESC to engage our players, their families and ultimately our community in a variety of ways. Three years ago we brought back our June FUN Festival, a festival that is scheduled near the end of June to not only celebrate the beautiful game of soccer, the start of summer as well as the end of the academic year for most of our players. During this festival all of our players play two games and we have free inflatables for the entire day. The financial support from Delta Gaming allows us to offset the cost of these inflatables, field costs and paying our referees.

Throughout the regular season this financial support helps us cover the costs of field reservations, uniform purchases, paying referees and hosting our Annual Playoff Festival.

With all of that, the VESC has gone one step further with their support to their players by offering two Post-Secondary Bursaries valued at 500$ each. For the first time in the Club’s history, the VESC Board Members voted unanimously in favour of offering these bursaries with the goal of supporting players in our U18 COED and/or U18 GIRLS divisions who’ll be pursuing post-secondary studies in September. In order to qualify for the award(s) players were asked to submit a 500-word essay along with a proof of enrolment from their institution. We awarded both bursaries to two players in our U18 GIRLS division. Without the contribution from Delta Gaming, none of these successes would have been possible.

We’d like to thank Nathalie Dubé-Leroux, Delta Gaming and all of the volunteers who worked our bingos for their efforts in making this possible!